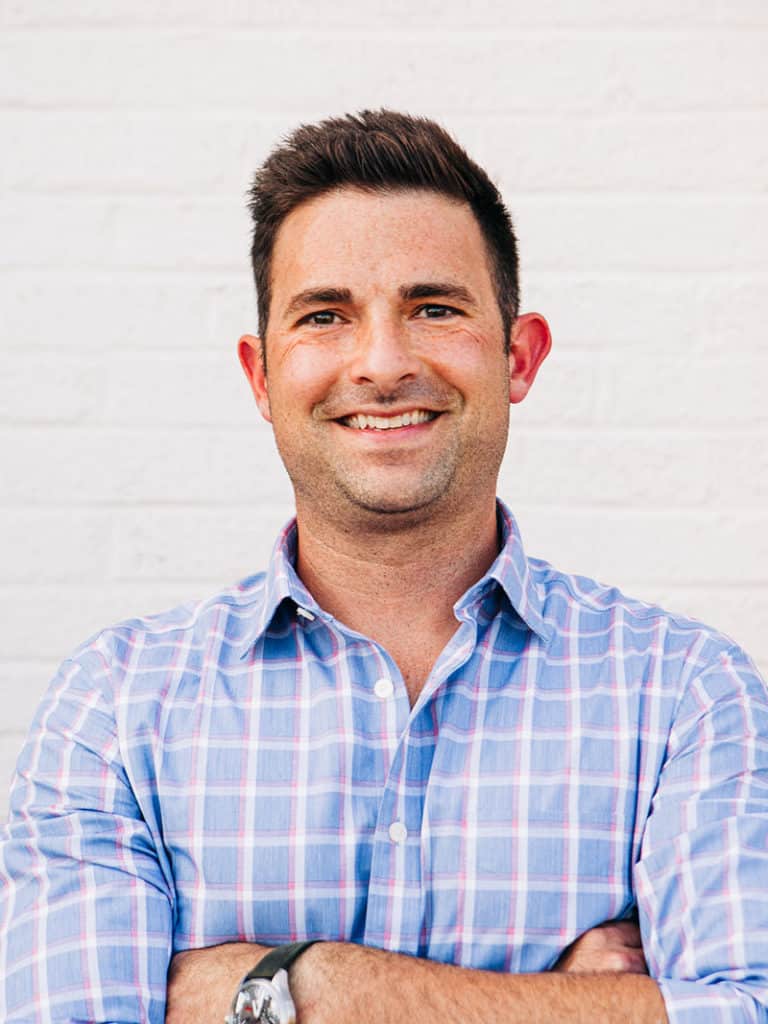 Joseph Atherton earned his BS in Social Science from the United States Air Force Academy (2009). He attended jet pilot training at Laughlin Air Force Base in 2010 and was a pilot training instructor in the T-6A from 2010-2015. He transitioned to the F-16 Viper in 2016, earning top graduate honors from the Basic Qualifications Course. He has multiple combat deployments in support of operations in Iraq, Afghanistan, and Syria. He also has a career in commercial aviation and is a First Officer at American Airlines and is qualified on the Boeing 737 aircraft. He has been the president of the Board of Directors since its inception in 2021. 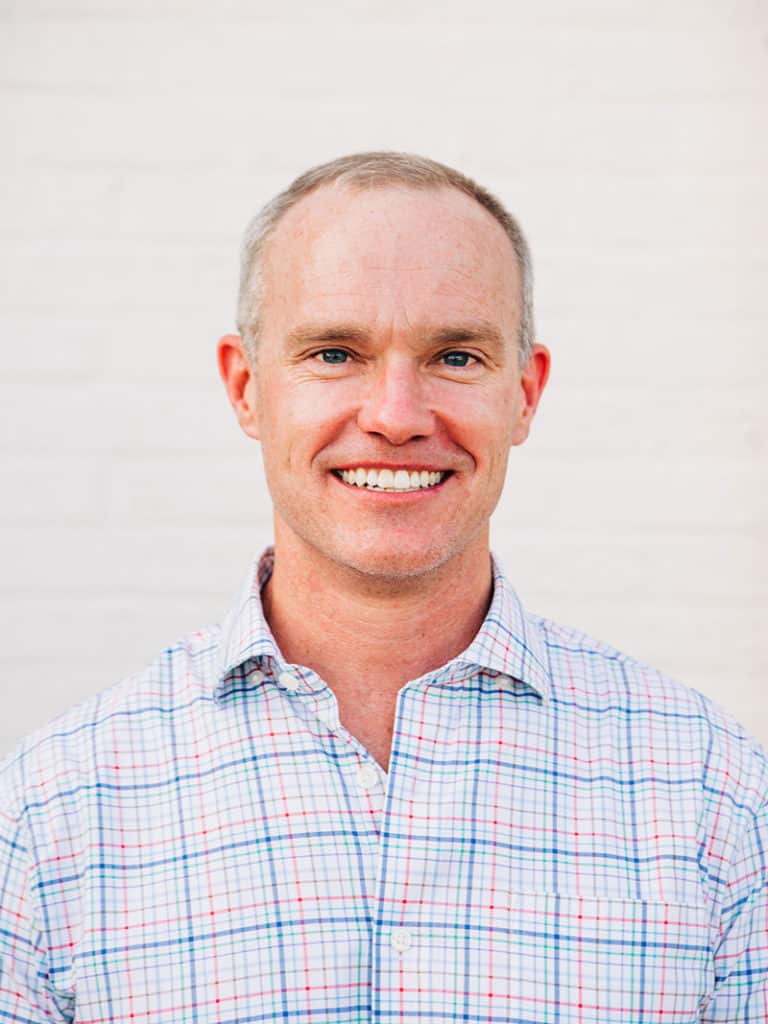 Jake Scott grew up in South Carolina and has called it home since returning in 2006. Before moving back he attended the University of Georgia, at which point he enlisted in the SCANG (South Carolina Air National Guard), and went to UPT (undergraduate Pilot Training) in Columbus, MS. After graduating from UPT, he completed several training events before finishing the F-16 qualification course in Phoenix, Arizona, then returned to SC. Since 2012 Jake has been a part-time pilot at McEntire Joint National Guard Base. He works with a family business in the low country of SC and serves on several professional association boards and non-profits throughout the state. Over his career, Jake has accumulated more than 2,000 hours in the jet and served overseas on five different combat deployments. He has been a member of the Board of Directors since its inception in 2021. 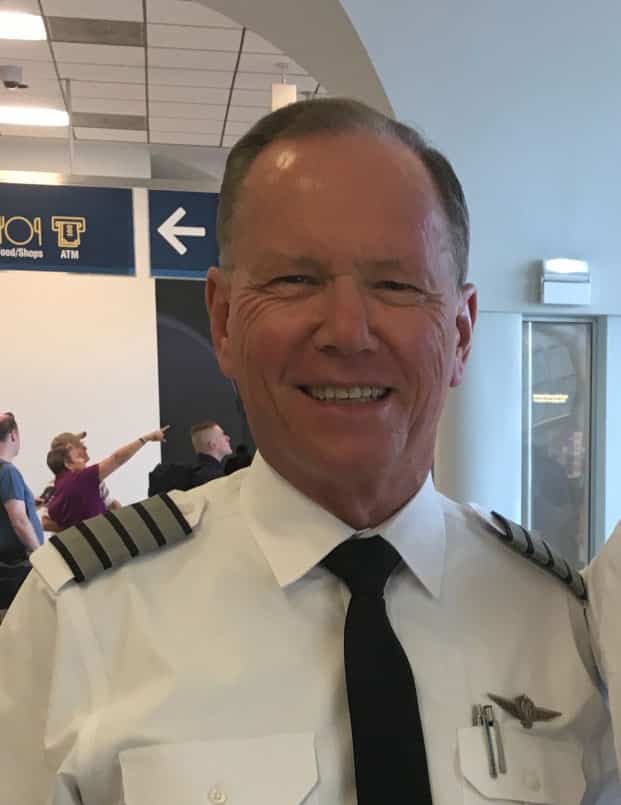 Alan Garin began his flying career at age 14 washing airplanes and helping out wherever needed. He soloed at the age of 16 and got his ratings as soon as age would allow. He earned his BS in Meteorology from the University of New York at Oneonta. Alan worked his way up from flight instructor to airline pilot in the next few years. He began his airline career with United Airlines, then went to USAir after the furlough. Shortly after upgrading to Captain, Alan became a check airman on the B737. While helping with policies and procedures to improve safety, he became a member of the Flight Safety Foundation task force to reduce approach and landing accidents. He was in the initial group of check airmen that brought the A330 wide body to U S Airways. He retired on that aircraft at age 65 from what is now American Airlines after mergers and acquisitions. He is currently a pilot instructor on the A330 with Delta Airlines. His wife Marie of 45 years has been tremendously supportive, his oldest son Steve is also a pilot for American and has 2 children. Alan is GUNS Garin’s father and has been a member of the Board of Directors since its inception in 2021. 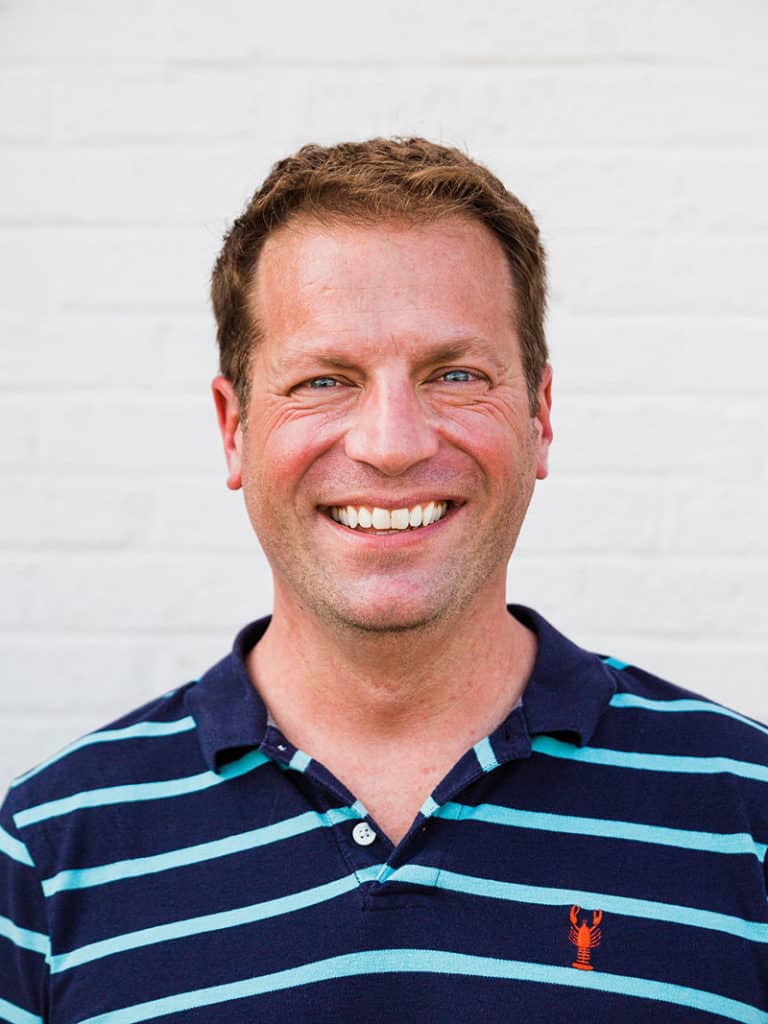 Steven Garin began his love for aviation at a very young age. He soloed sailplanes at the age of 14 at Bermuda High Soaring and a Cessna 170 at 16 years old. Steve earned a BS in Aeronautical Science from Embry-Riddle Aeronautical University (2003). He began his aviation career as a pilot with Piedmont airlines for 9 years. Now, he is a First Officer with American Airlines on the Airbus A320, for which he has been employed for the last 8 years. Steve still volunteers at Bermuda High Soaring on his days off as a Tow pilot for sailplane students. He has been married to his wife, Ashlie, for 10 years. They have a 7 year old daughter and 3 year old son together. Steve is Guns Garin’s brother. He has been a member of the Board of Directors since its inception in 2021.

Mark Fattmann earned his BS in Business-Accounting from the University of Missouri in 2006. He attended USAF Undergraduate Pilot Training in 2007, and began flying the F-16 in 2008. He has deployed on 5 separate occasions to support combat operations in Iraq, Afghanistan, and Syria. Mark also has a career as a commercial airline pilot with American Airlines. He has been married to his wife, Jayne, since 2008. Mark has been a member of the Board of Directors since its inception in 2021. 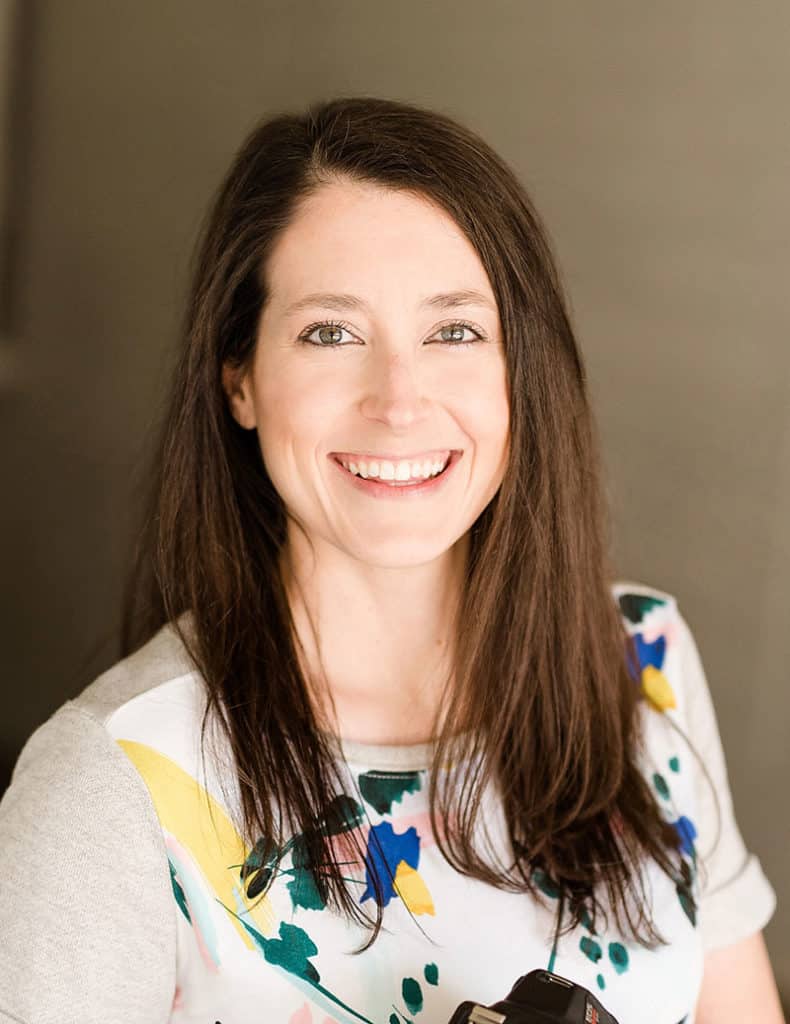 Kelly Garin earned her BS in Exercise Science from the University of South Carolina in 2007. She went on to work as a Wellness Specialist for Carolinas Healthcare System (now Atrium Health) in Charlotte, NC. In 2009, Kelly moved to Phoenix, AZ to marry Rick “GUNS” Garin and they moved back to Columbia, SC together. She started her own photography business, Kelly Garin Photography, in 2016. Rick passed away unexpectedly in 2020, so this foundation was created to honor his memory and legacy. Rick and Kelly have two daughters together – Jordan (6) and Katelyn (2). Kelly has been a member of the Board of Directors since its inception in 2021 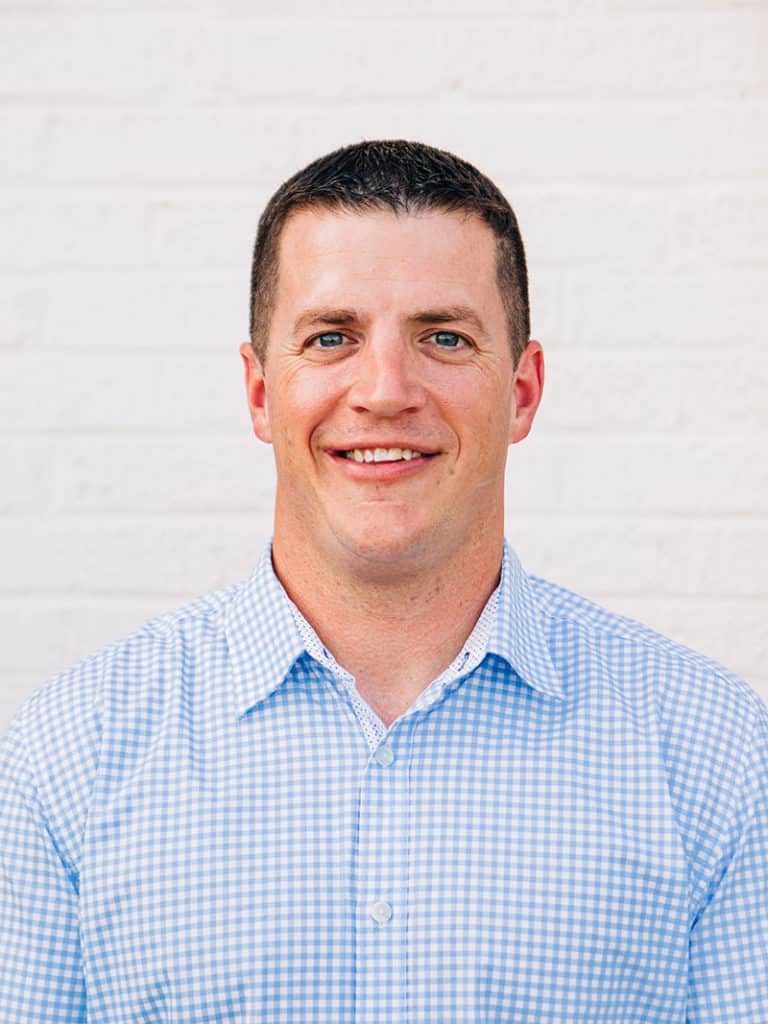 Sean Renbarger earned his BS in Civil Engineering from Purdue University in 2001 and was a distinguished graduate from Purdue’s Air Force ROTC program where he earned his commission as a military officer. Following that, he attended pilot training for the United States Air Force (USAF) where he was selected to fly F-16’s in 2003. He was a distinguished graduate from the USAF Fighter Weapons School at Nellis AFB in 2009, and has served as an F-16 Weapons Officer and Instructor pilot since. He has deployed on numerous occasions to support combat operations in Iraq, Afghanistan, and Syria as well as being stationed in the Korean theater of operations. His family consists of his wife Jennifer, with whom he has been married to for 11 years. They have a 3 year old daughter named Samantha and 1 year old twins named Katherine and Ryan. He has been a member of the Board of Directors since its inception in 2021. 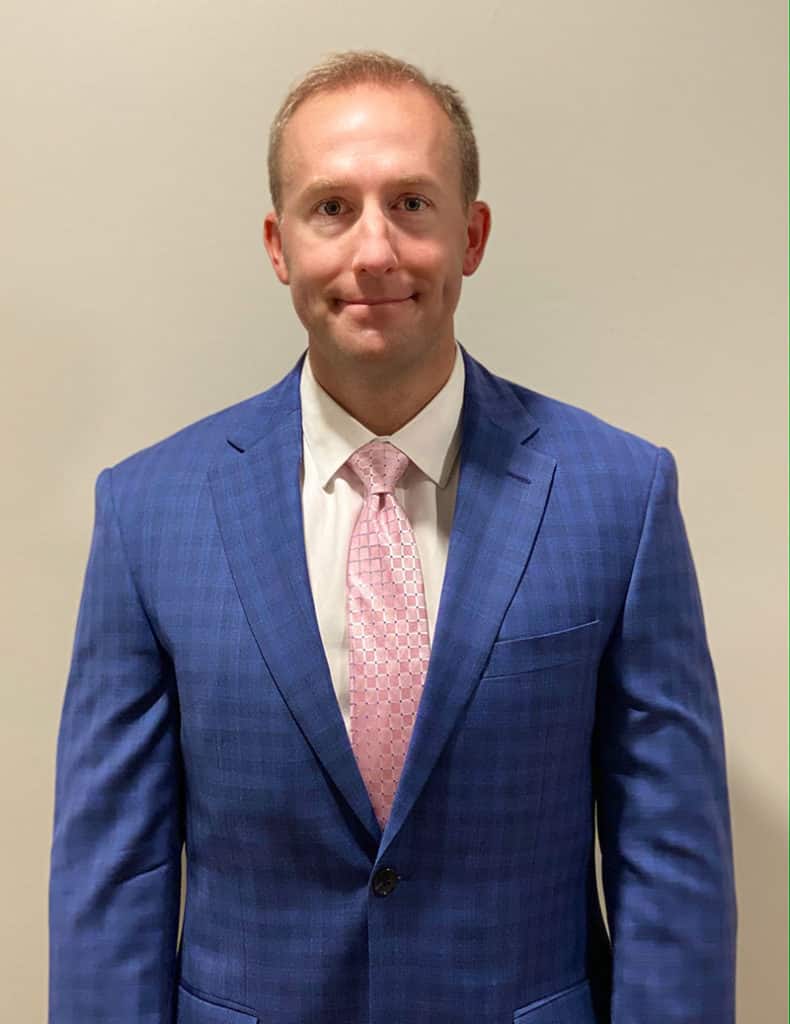 Taylor Blevins earned his BS in Behavioral Science and Leadership from the United States Air Force Academy (2005) and his MA in Psychology from the American Military University (2012). He attended Euro NATO Joint Jet Pilot training in 2006 and began flying the F-16 in 2007. Taylor upgraded to F-16 Instructor Pilot on his first assignment. He quickly distinguished himself as a top instructor in the F-16 and earned a highly competitive spot at the US Air Force Weapons School – a six-month course designed to challenge the Air Force’s top instructors. Taylor was the top graduate from his class and was given the rare opportunity to return to the school as an instructor. He was named the US Air Force’s top fighter pilot in all of Europe and has been named as the instructor pilot of the year in 3 different squadrons. He has deployed on 4 separate occasions to support combat operations in Iraq, Afghanistan, and Syria. Taylor also has a career in commercial aviation and is a First Officer at Delta Air Lines and is qualified on both the Boeing 757 and 767 aircraft. His family consists of his wife Tori, his son Michael, and his daughter Charlotte. He has been a member of the Board of Directors since its inception in 2021.

Zachary Thompson earned his BS in Systems Engineering from the United States Air Force Academy (2009). An avid golfer, he has played amateur golf all around the world and enjoys frequent friendly competition with his brother, Michael, who lives in Georgia and is a 10-year tenured PGA Tour professional. He received his Masters of Entrepreneurship degree from Oklahoma State University (2018) and has worked with multiple Nonprofit organizations including the Wounded Warrior Project, Habitat for Humanity, and the Lions Club. Additionally, Zachary is an Eagle Scout and began volunteer work at the age of 10 years old with the Boy Scouts of America. Since 2009, he has worked as pilot in the United States Air Force and has been stationed in Texas, Arizona, South Carolina and the Republic of South Korea. He has accumulated nearly 2,000 flight hours in the T-6A “Texan II,” T-38C “Talon” and F-16C “Viper.” Zachary is currently an Instructor Pilot and Flight Commander with the 157th Fighter Squadron, 169th Fighter Wing, South Carolina Air National Guard, McEntire Joint National Guard Base. Zachary is married to Krista, and has 2 children, Jordan (6) and Henry (3). He, along with Joseph Atherton, founded The GUNS Garin Memorial Foundation and has been a member of the Board of Directors since its inception in 2021. 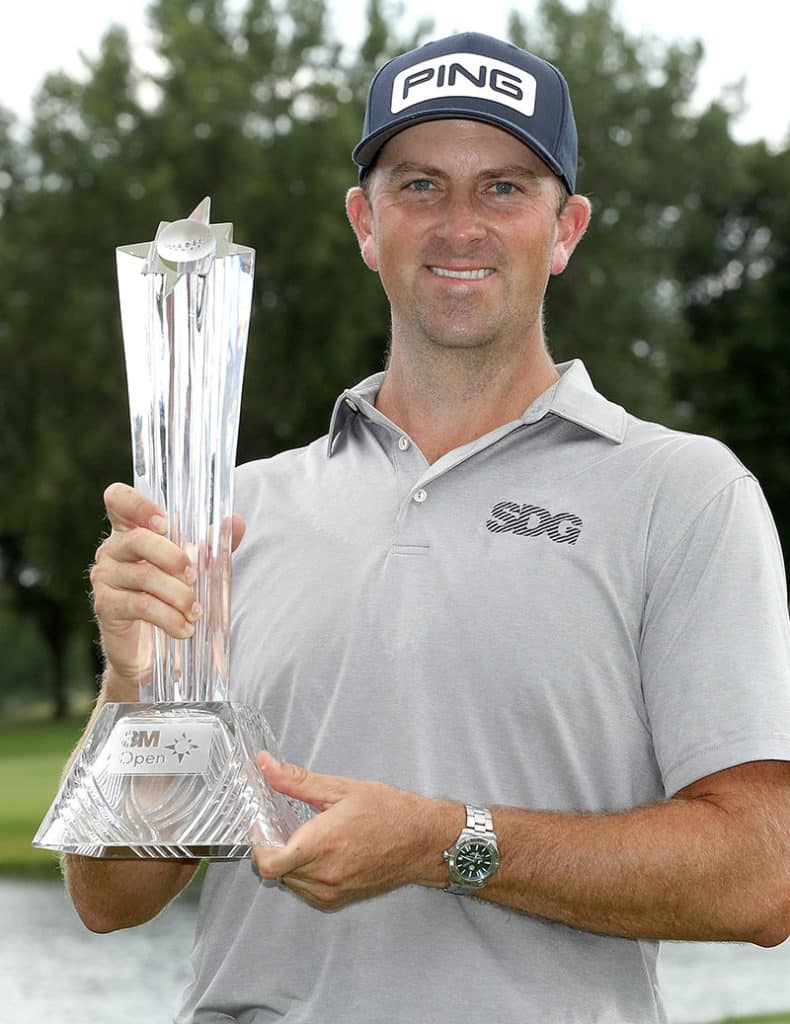 Michael Thompson is an American Professional Golfer and has been a member of the PGA Tour since 2011. Michael won the 2013 Honda Classic, the 2020 3M Open and placed 2nd at the 2012 U.S. Open. He graduated from the University of Alabama in 2008 with a Bachelor of Arts in Accounting. Michael has always been an active volunteer beginning at a young age with the Boy Scouts of America which culminated in him achieving the rank of Eagle Scout. Additionally, he has volunteered with Birdies for the Brave as well as the Wounded Warrior Project throughout his tenure as a PGA Tour professional. Michael is the brother of Co-Founder Zachary Thompson and has been a member of the Guns Garin Memorial Foundation Board of Directors since the organization’s inception in 2021. One of his additional hobbies is remodeling classic cars including a 1967 Ford Mustang. Michael is married to his wife Rachel and has 2 beautiful children, Jace (4) and Laurel (1). He currently resides in St. Simmons, Georgia.

SWIPE to meet TWO of our 2022 flight scholarship r

Today we honor and remember the brave men who gave

For specific inquiries, additional information about the Foundation or partnership opportunities please contact us at contact@gunsgarin.com.